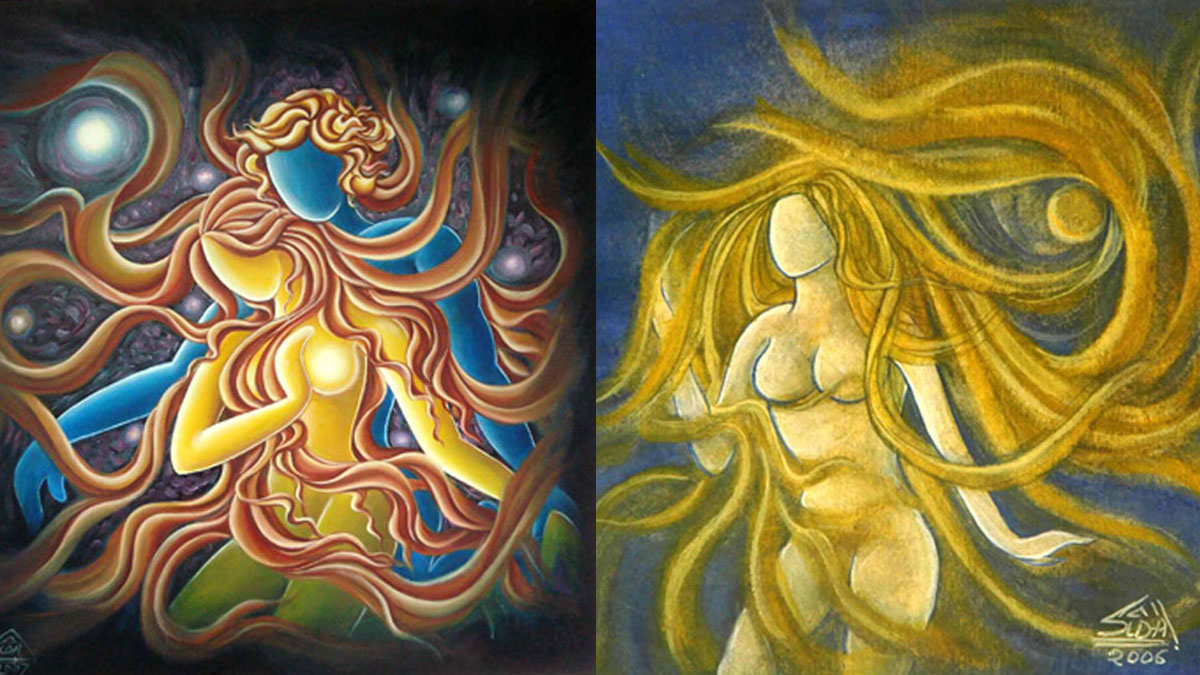 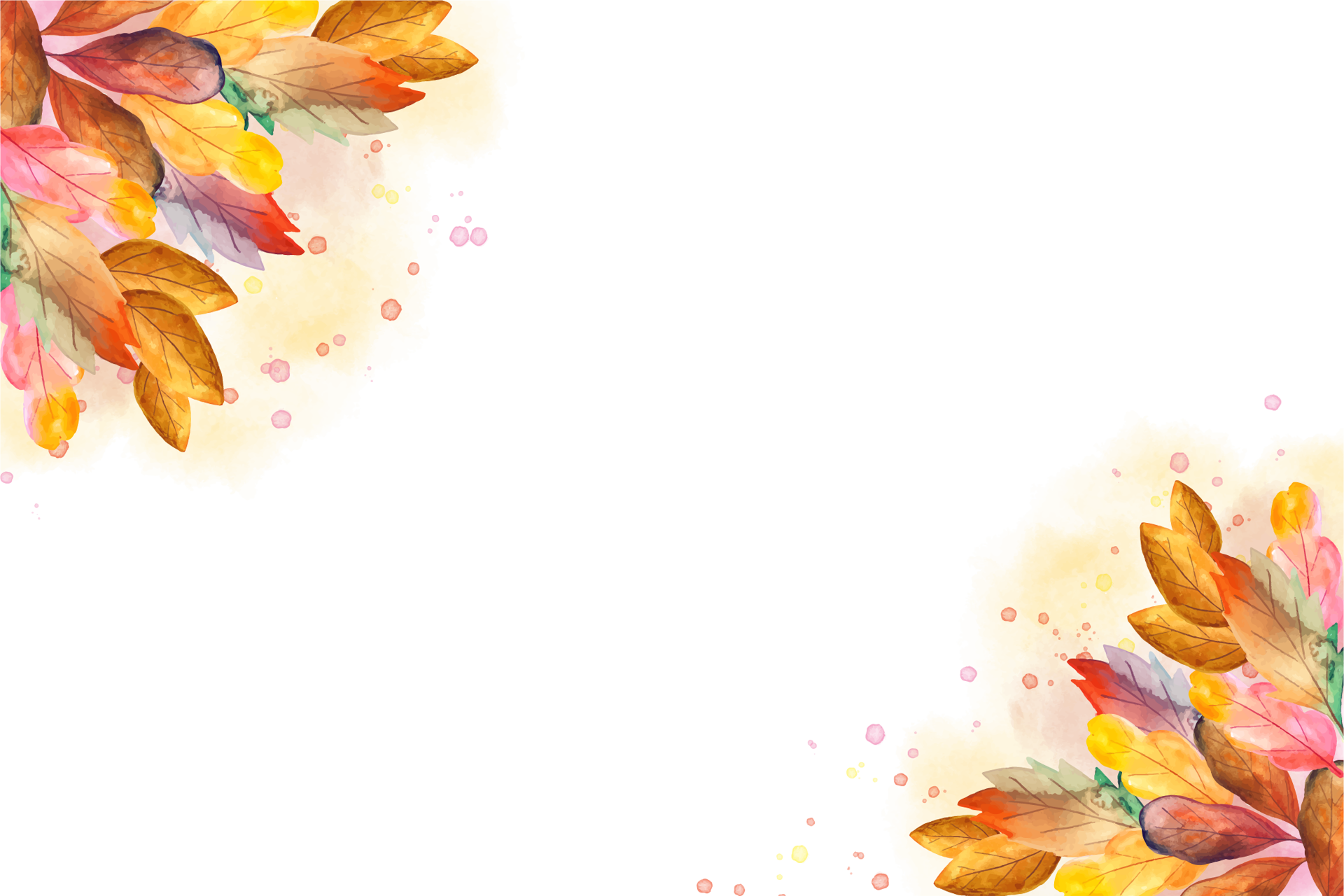 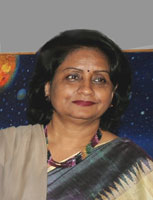 Recipient of the Prashasti - Patra presented by the Late President Gyani Zail Singh.

Sudha Sama is not new entrant to the field of art: She has been painting since childhood .Sudha Sama who is an alumni of Agra College, Agra (M.A, Drawing & Painting),has participated regularly in exhibitions of Shilpi - Chakra,Shilpi,Mathura and Artist Association of Agra(TRIA);besides numerous exhibitions in Delhi,Nagpur and Gurgaon .

She was awarded the College Merit Award in Drawing & Painting.

Sudha as an artist has helped revive and keep alive the technique of wash painting, Bengal School and has previously held group shows at Lalit Kala Melas in Delhi.She has created magical, yet gentle changes in light and shade effect with wash technique which provide an ethereal backdrop.

The women in her portraits seem so self–sufficient; here captured in various moods, epitomizing self-containment. Their ecstatic outpourings hold a certain mysterious enchantment for the viewer; and parallel these landscapes which too are basically the earth forms; landscapes are expressed just as the female forms-dynamic, ever changing, beckoning the viewer with their mysteries, and holding a promise of ecstatic freedom at their contemplative beings. Juxtaposition to her landscape are her charcoal drawings of women, expressing a sense of freedom and dynamism in the flowing curves and diagonal movements with the male figures almost like an intruding shadow.

Sudha’s landscapes range from warm earthy colors, with occasional blazes of orange; to cool the blue vistas of snowy mountains, rivers, rocks, azure skies, shimmering cities and hold a tantalizing mirror to nature. Sudha’s landscapes have a mesmeric, yet dynamic quality spectator – communicating with these changing moods of nature. 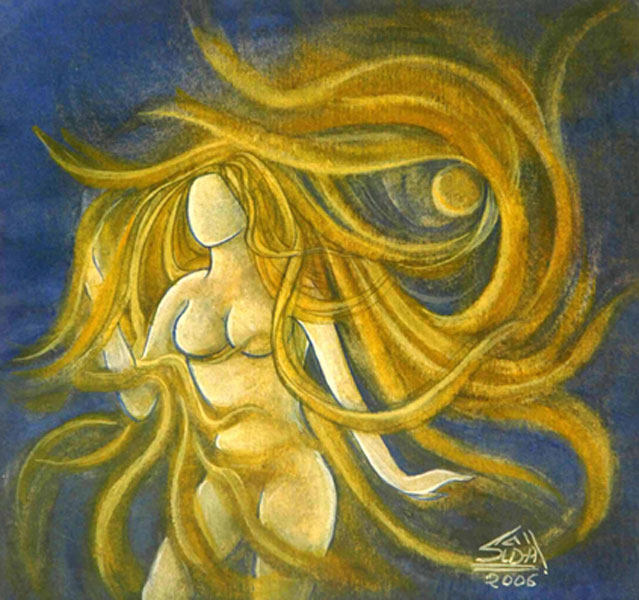 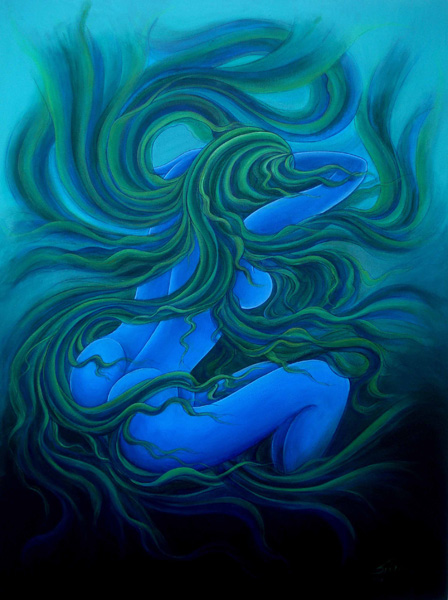 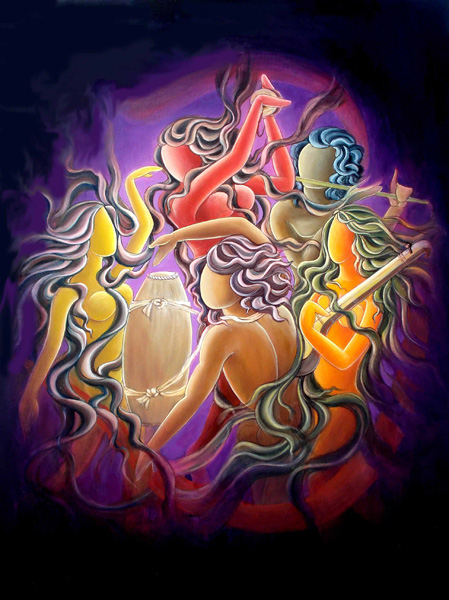 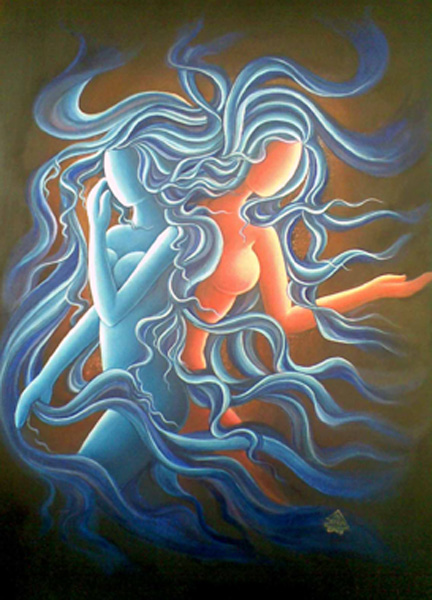 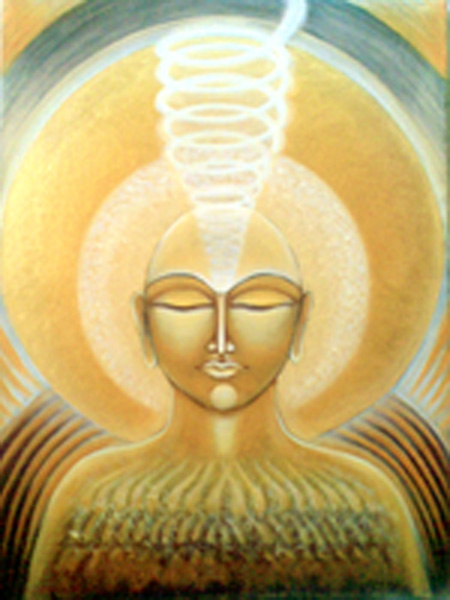 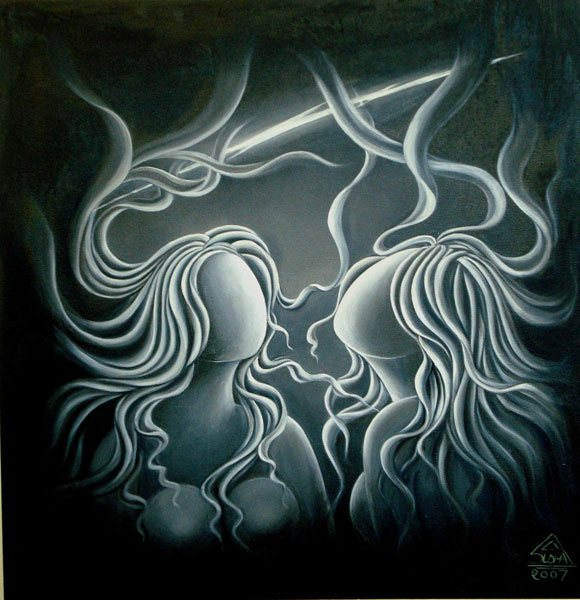 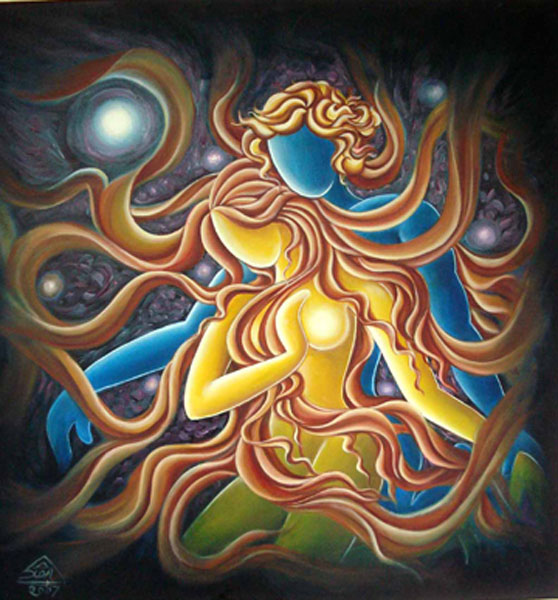 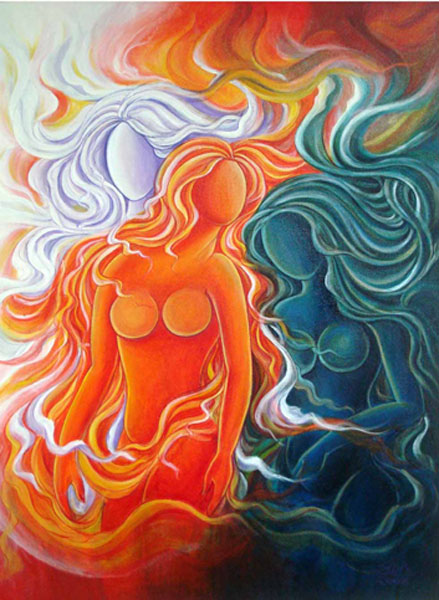 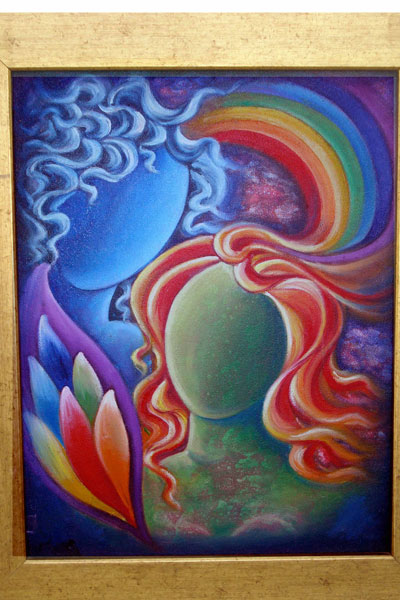 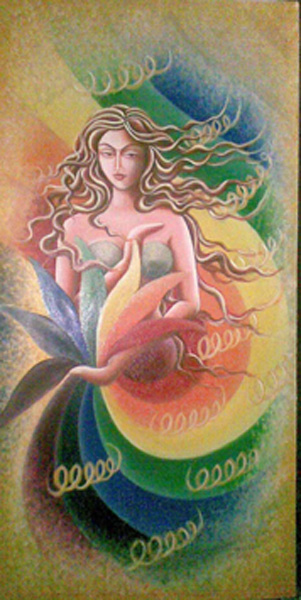 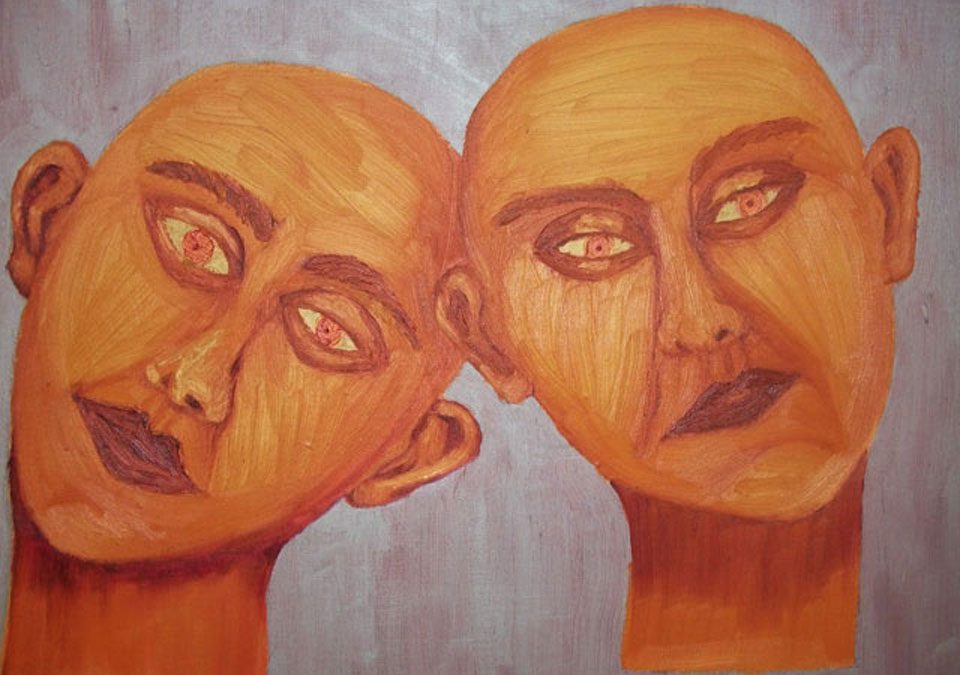 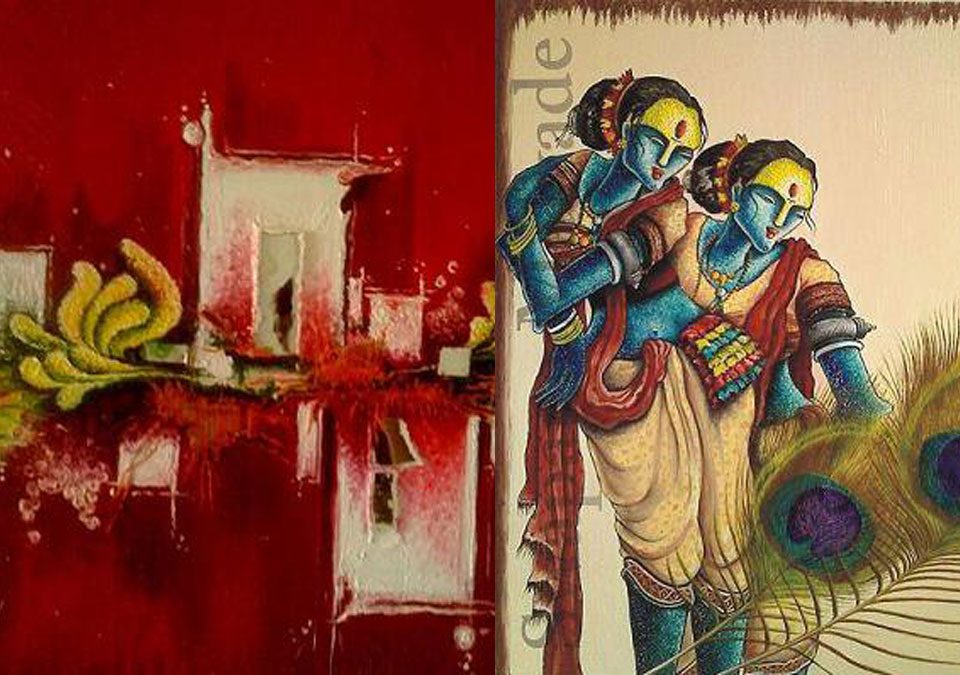 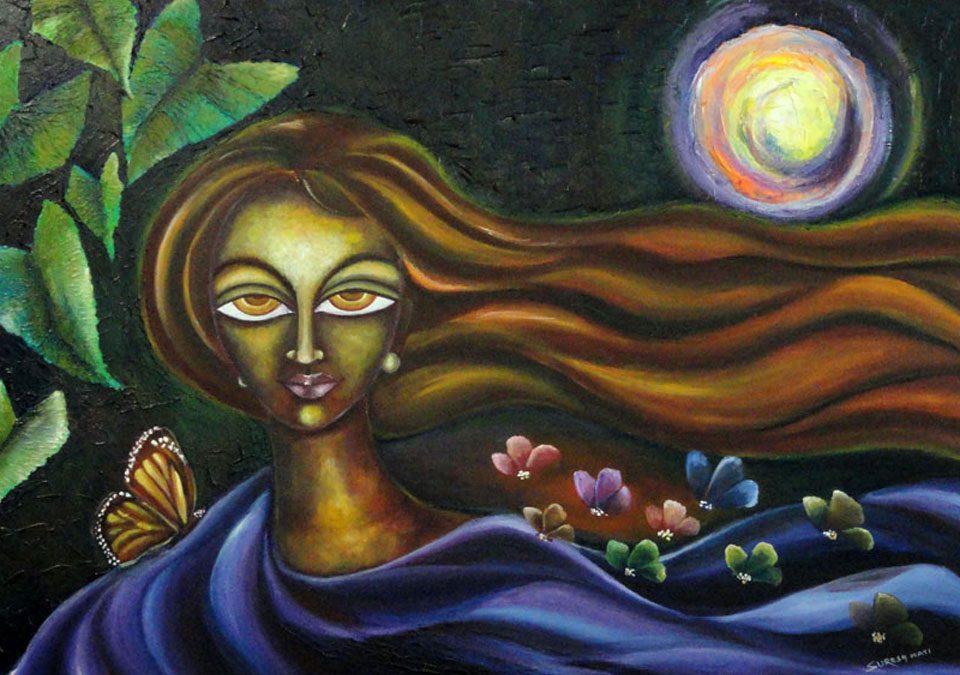 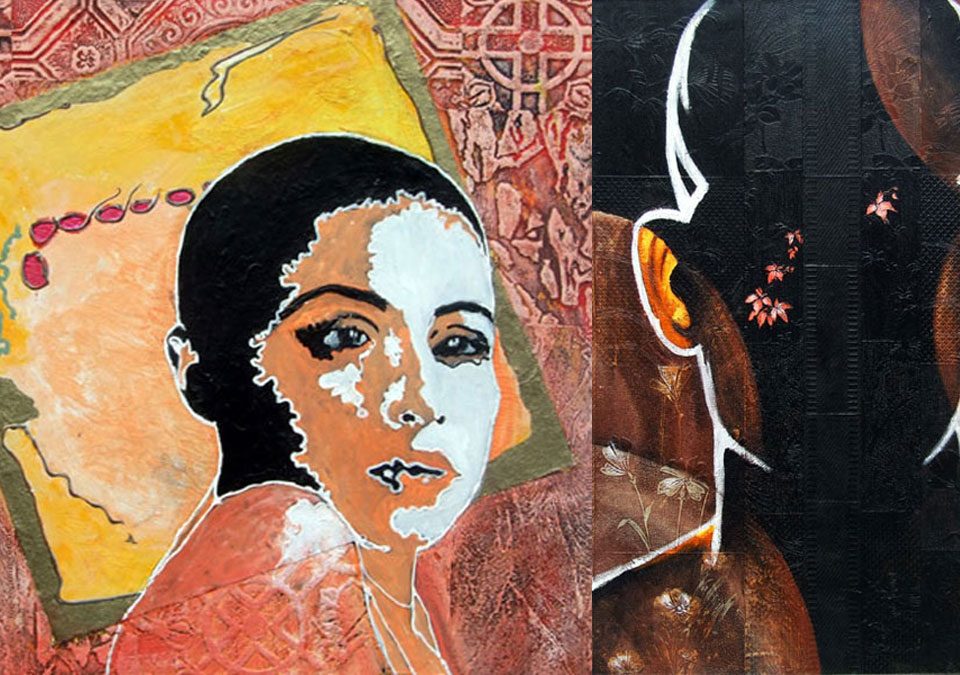